For those guests, who don't know the couple, we would like to introduce them to you:

Andreas Hung Quoc is mostly known as "Andreas. He lives and works in Houston. For some people Houston is known as the city with the great variety of good food. But don't get deceived by him, he was born in Munich and can combine various American accents.

Thuy Linh is a born Bavarian girl, who is with mostly known as "Linh" among Vietnamese people. Though she also is called "Kate". She likes to travel around the world and loves good food. Isn't it a coincidence, that she can be spotted in Houston several times throughout the year? ;p

Besides many hobbies like rc-equipments, tinkering and building, both have a bigger common hobby in the sports field. Andreas has been mountenbiking for years, but she discovered this sports about 4 years ago. Ever since both go mountenbiking in the nature, once they find some time.

SHORT VERSION OF THE STORY

Both know each other since childhood. If they did not do the altair service in the Vietnamese community, they probably were out and about, but up to no good. They grew up together until their ways got separated. His family moved to the US, while her family remained in Germany.

Years later, both met again during Andreas' longer business stay in Germany. After he left back to the US, both remained just good friends. This changed when they met again.

After 5 years of long distance relationship, thousand emails and texts, houerlong phone calls and the back and forth travel, he decided to propose to her. In the middle of the French city of love he asked her to marry him. Both married (civil wedding ceremony) last year in Houston, Texas.

The church wedding will take place at 2pm at the St. Nikolaus Church in Herrsching.You are cordially invited!
The address is as following:

Behind the church, there is a limited number of parking lots available.

After the wedding ceremony you will have the opportunity to explore the beautiful area or simply just take a relaxing walk entlong the lake. We will meet you at 5pm at the Seehof again.
The address is as following:

If we are blessed with a wonderful weather, the photoshootings with the guests will take place on the green behind the Seehof. Following dinner and reception will be held inside. At any given point of time you are free to roam around outside or just enjoy the beautiful view ;)

A limited number of hotel rooms has been blocked for wedding guests until March 31st, 2017 If you need a room, please contact the Seehof hotel to make your reservations.

The room contingent can be accessed under"Wedding Vu". Some of the rooms have a view to the sea side. In the price is the breakfast buffet included. For further details (example: longer stay, additional bed for children, etc.), please contact the hotel.

Some of the blocked rooms of the Seehof are located in the Hotel Promenade. This hotel is 7 minutes away from the Seehof and can be easily reached by foot. Reservation of these rooms will be handled by the Seehof hotel. 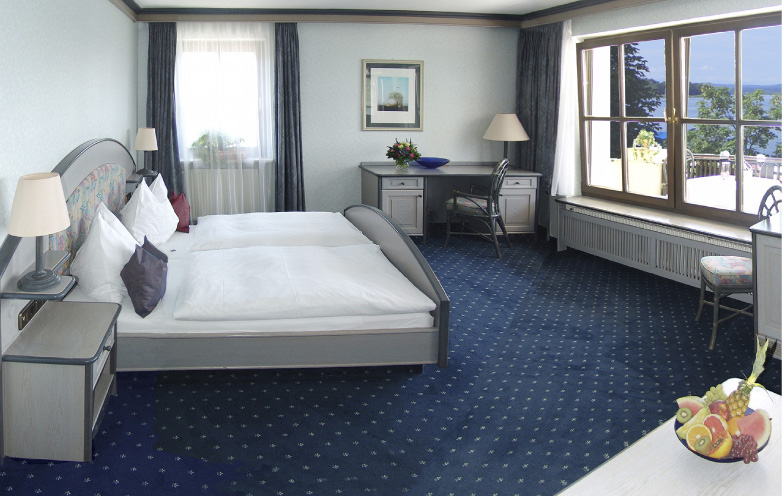 Pictures will be uploaded here in a contemporary way after the wedding for you to download.

For those guests, who are coming from far far away, we have listed some possible sightseeing activities for you.

LAST BUT NOT LEAST - PRESENT FOR THE WEDDING?

For those who doesn't know what to gift them:
Due to the intention of her moving to the US, they both can not take all their belongings with them on the move. Hence it would be a nice idea to feed their saving pig. This can then be used for the new furnishings of their home in the US.